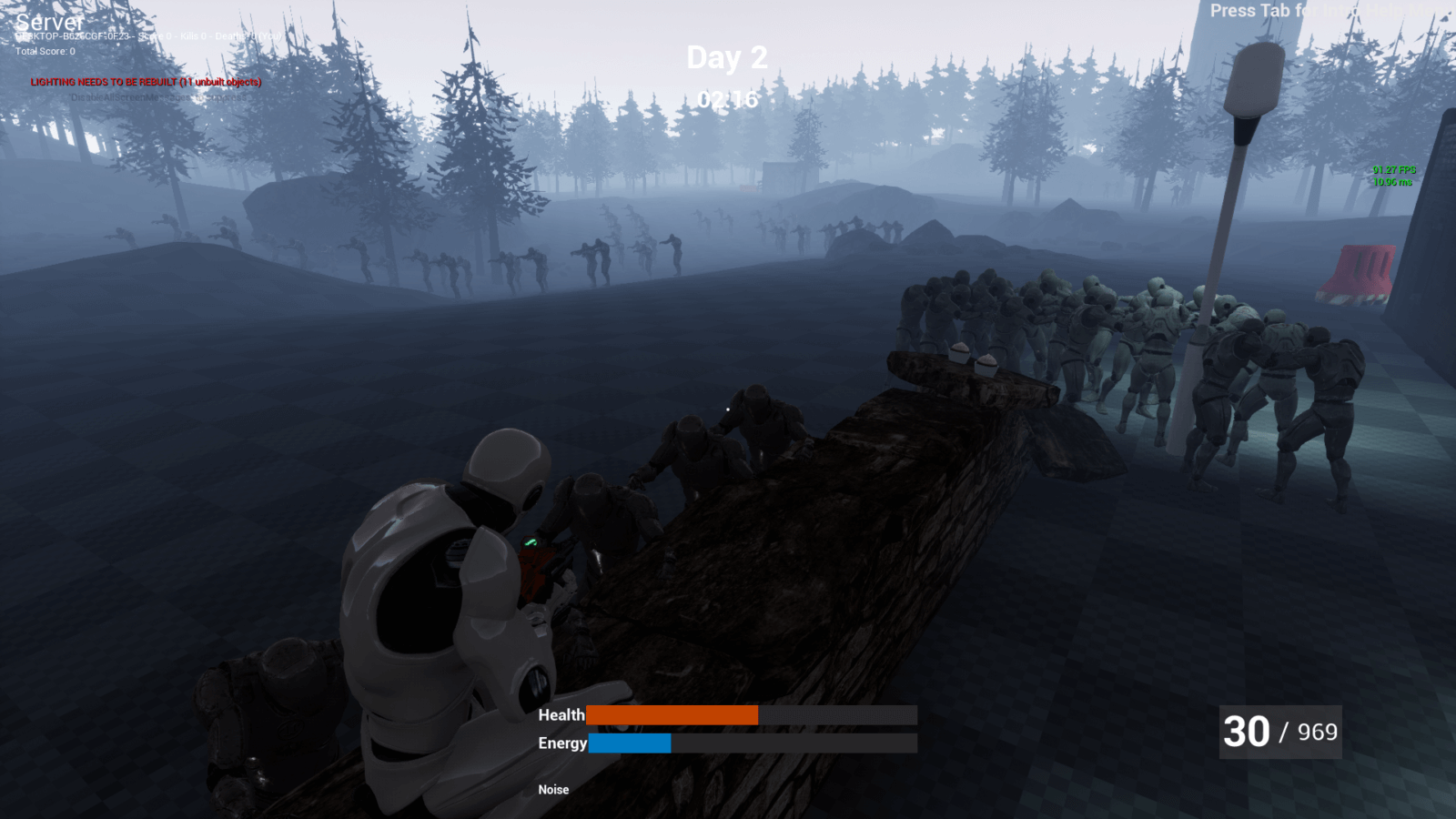 As you all know I’ve been working on End of Days for quite some time and one of the biggest hurdles has been with AI. I recently began diving into AI on a deeper level and there are some concepts I want to look into like Utility AI , UE4’s crowd AI controller, as well as dig into some of my own hunches for optimization. I’ll be writing about my findings to see if I can help the community progress in the same direction as I noticed it’s hard to find good set ups for large quantities of AI.

Originally, I was using AI behavior toolkit for my AI and having even 25 of them on a map can reduce my fps to 40 or less. I just switched over to some very simple c++ AI using pawn sensing, behavior tress, and a custom movement component ( I’ll go over that in a moment) and I’ve found that I can now get over 100 AI running at 120 fps with worst case scenario being about 90 fps. I want to crank those numbers as high as possible.

The custom movement component essentially allows for occlusion and does not render the movement updates when the AI aren’t on screen. I got this nice improvement from a user ColdSteel48  on the UE4 forums back in 2017 and didn’t understand a bit of it, until recently, as I am now more acquainted with the engine and c++.

Here is a sample of this in action. This is not End of Days, but rather a modified version of Tom Looman’s survival game example

All this is well and good, but not good enough for the numbers that I want to push. The next step to is find a way to stagger the tick of AI in groups sorted by distance. This is easy in single player, but how does this work in a multiplayer environment when players can be at 4 corners of a map? I’ll be investigating this in the coming week.

Other things to consider: