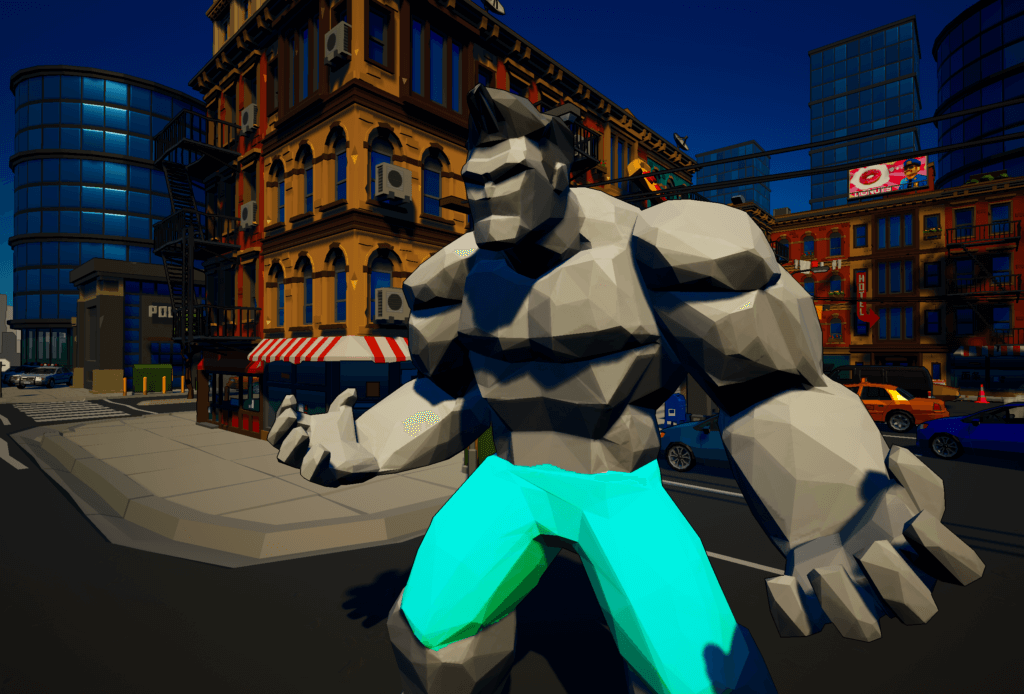 At current DTH is a WIP that is not published anywhere.

DTH is a super hero vs super villain battle game that plays sort of like Overwatch mashed together with Rampage. The aim of DTH is to be a free to play VR and non VR (3rd person) battle for the city. The main game mode has the villains trying to destroy enough of the city before the timer runs out. In the mean time the heroes will be doing their very best to prevent the destruction. The city is fully destructible, aside from maybe the roads, and has an effect on game play. Some characters have an easier time moving about with more buildings while other characters are the opposite. Also, depending on your character, certain elements of the city provide advantages or disadvantages. DTH plans to have a wide catalog of characters and team compositions to keep game play fresh and have players always on their toes!

Sources of inspiration for DTH:

Want to know more? Check out our discord for regular updates!

Hey! Got an Idea for a character? Fill out the form below and it could end up in Down Town Heroes!

Create your own user feedback survey